By Andrew Scown on 24 November 2015 in Footwear, Sports 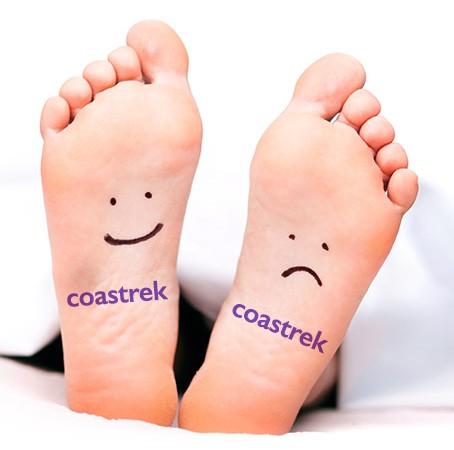 1. What’s the number one footer tip for a Coastrekker?

2. How can I avoid getting blisters?

3. What are some things that I can try out in training to get my footgear right?

4. What type of footwear should I wear for Coastrek?

Get your Coastrek team members “up to speed” on preventing blisters and foot taping at The Foot Group!

At our FREE workshop* we’ll show you all you should know about:

*Can be claimed on each participant’s health fund, or provided free to those with no cover – please enquire at time of booking

Metatarsalgia – big word or a real condition?
Heel spurs: What are they?